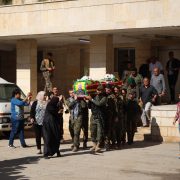 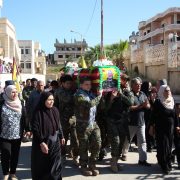 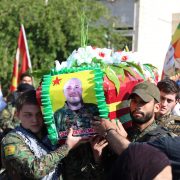 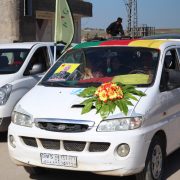 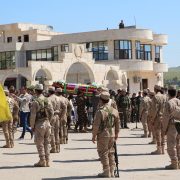 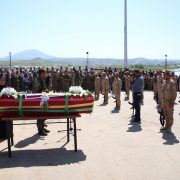 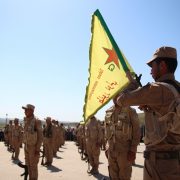 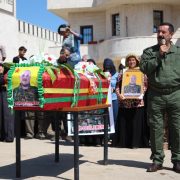 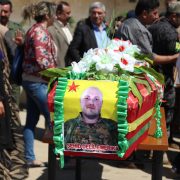 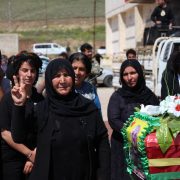 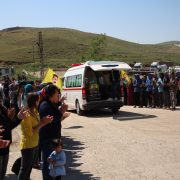 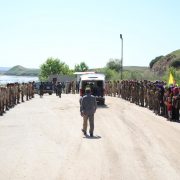 The Rojava revolution is one of the greatest revolutions rarely encountered in the history that mankind has found in the common stake and built with its own power and labor. The Rojava revolution which is the revolution existing with the democratic, moral and political structure, is the revolution of those who became the living organism, starting with the pioneering of this revolution, not just of a people, but of revolutionaries, democracies and freedoms. Rojava and the northern Syrian lands are among the most sacred places of history in which the blood of hundreds of revolutionary internationalist fighters from all over the world, and especially from peoples of the region, the Kurdish, Arab, Assyrian, Syriac, Turkmen, and people of Europe, who have displayed a relentless resistance against all kinds of occupation and inhuman practices, is a reality accepted in the general public. The resistance continues with the same commitment and determination to defend this historical and sacred land.

After the resistance process of Kobani, the common heritage of humanity, internationalist revolutionaries in particular who came to Rojava took their places at the frontlines against the Daesh gangs. One of these internationalist fighters is our comrade Jake Klipsch, who is code-named Delîl Emerîka, who was born in the United States (USA). Comrade Delîl, who came to Rojava at the beginning of 2016, had received military and ideologically-theoretic training for two months along with other internationalist fighters against Daesh gangs and other gang groups. After completing his training, our comrade Delîl first fought in the Shaddadi campaign, then Manbij and fought against Daesh gangs, and has fully fulfilled his responsibilities until the liberation of Manbij. Lastly, he has contributed to the liberation campaign of Raqqa city centre.

Comrade Delîl, much loved and seen as a role model by his comrades, was a humble and self-sacrificing person, as well as a labourer comrade. He had a stance that practiced what he received from education. The reflection of all these characteristics was also manifested in the battlefield. As the result of an unfortunate accident while cleaning his weapon, comrade Delîl has reached martyrdom. Although the martyrdom of our comrade has deeply saddened us, his struggle and life will always be a guide for us, and be our greatest reason to fulfil his goals. First and foremost, we apologize to his family for the late announcement and also apologize to our people. We send our condolences to the family and to our people.

The ID information of our martyr is as following: Date and Place of Birth: United States of America (USA)

When our homes became front-line. Diaries of an internationalist in the Afrin resistance.