On August 17 the youth women movement organized a demonstration in Dirbesiye, and some people of the Internationalist Commune of Rojava decided to take part of this event.

On the way to Dirbesiye, we were driving  the road that goes near the wall that the Turkish State built in the Syria-Turkey border. Around six hundred kilometers of cement and barbed wire with military turrets every few hundred meters.

The demonstration was full of live, and the young women were at the front of the march. Among other slogans, in the demonstration we saw a lot of banners in solidarity with Afrin and Shabba cantons, the western territories of Rojava that suffers isolation and attacks from the turkish army. 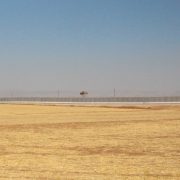 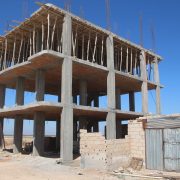 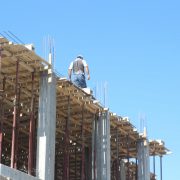 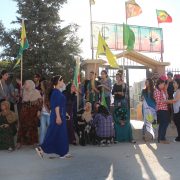 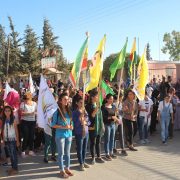 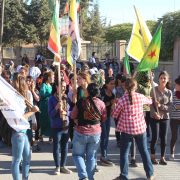 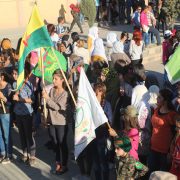 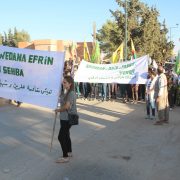 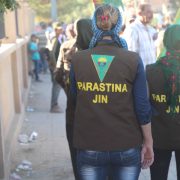 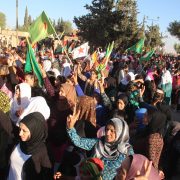 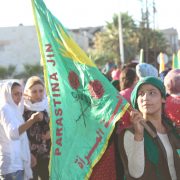 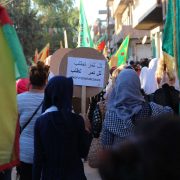 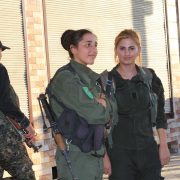 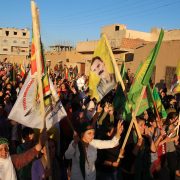