Once again more than two months have passed since we published our last newsletter. A lot has happened during this time. For many days, thousands of people have resisted the Turkish occupation in Rojava and thousands worldwide have expressed their solidarity and connection with the revolution and the build-up of a free society.

In the following, we want to share with you some of the publications of the Internationalist Commune, of Make Rojava Green Again, and of the campaign RiseUp4Rojava. And we want to commemorate the friends who gave their lives in the resistance against Turkish fascism, especially our friend and comrade Sehid Andok Cotkar and Ceren Güneş. In our struggle they live on! They are the heroes of our time. 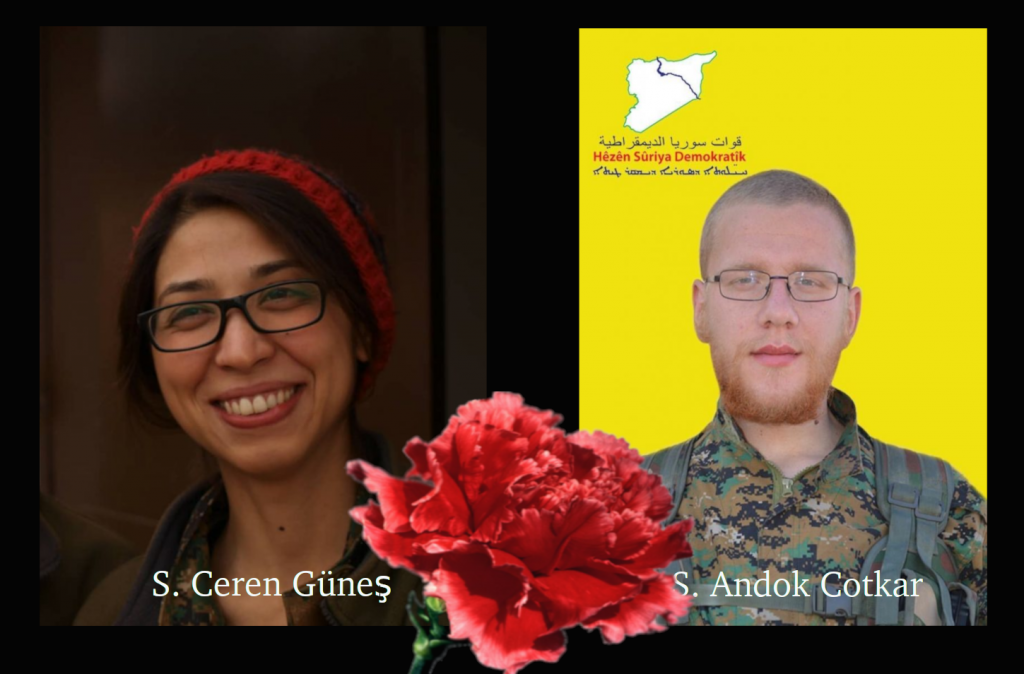 In order to take the right steps in our work, we must constantly analyse and evaluate the current political and military situation. This is the only way to keep the big picture in mind. After all, the situation in Rojava and Turkey’s intervention can only be understood in the context of developments in the entire Middle East. In this context, we published a series of analyses about imperialist plans, diplomatic games and the revolutionary resistance against the Turkish invasion of Rojava.

With the tactical withdrawal of the Syrian Democratic Forces, the situation between the cities of Serekaniye, Gire Spi, Ain Issa and Til Temer has changed once again. The phase of the war – with intensive bombings by the Turkish Air Force in many places, massive ground offensives and battles lasting for days – has changed into a phase of war of low intensity. However, this will not be permanent. We must continue to be ready to defend the revolution.

# Resistance against Turkish Fascism at the Front Line in Rojava

In the resistance of the self-defence forces and the population of cities like Serekaniye, Gire Spi, Ain Issa and Til Temir, internationalists have also taken their place. One internationalist shared her feelings and experiences from the city of Serekaniye in a letter to us, emphasising the importance of the many actions that have taken place around the world.

In a joint video, internationalists from rojava made calls to join the resistance, both in Rojava in the civil structures of the democratic self-government, and all over the world. After all, the struggle i

n Rojava today is between two systems; between a democratic society on the one hand, and the state, patriarchy and capitalism on the other. This struggle is about the future of humanity.

The Internationalist Commune reported about the defense of the revolution in its #ResistanceDiaries. From the first day of the attacks, activists of the Commune documented the social resistance, but also the crimes of the Turkish state. 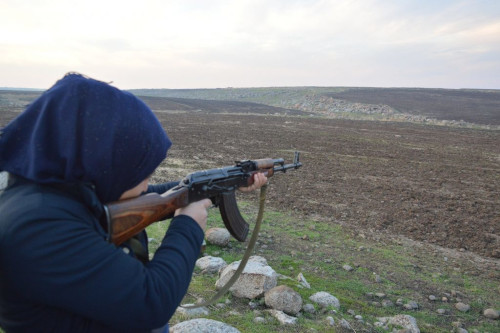 As internationalists, we attend educations in which society prepares itself to defend the revolution. Women* play a special role here. In a short article, we report about our experiences from a visit to an education of women*, who learn to defend themselves.

Much of the ecological work in Rojava and the Democratic Federation as a whole could not be continued due to the attack of fascist Turkey. In times of war, the resources are ne 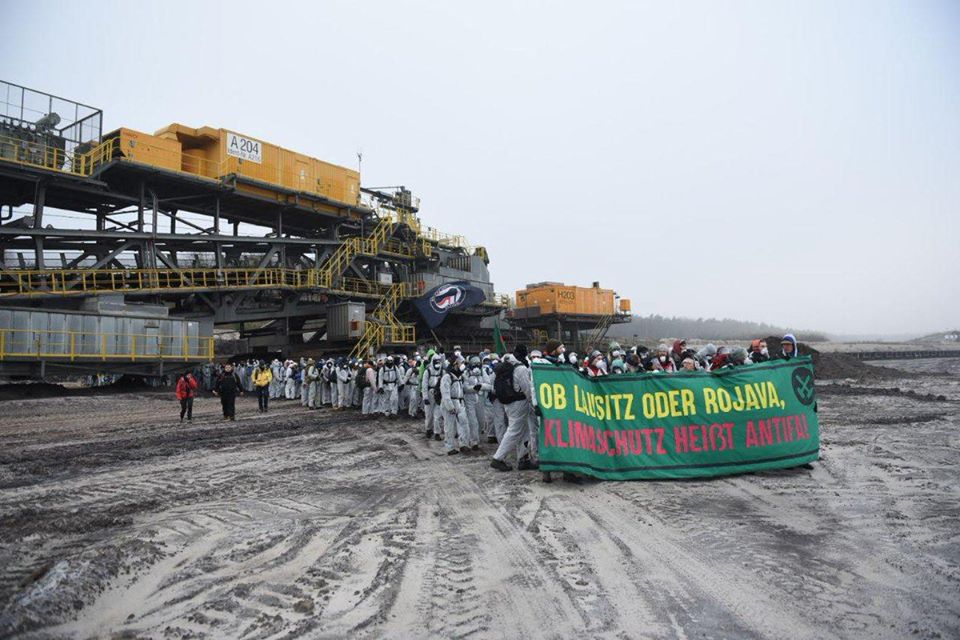 eded in other places. Nevertheless, the campaign has played an important role in the defence of the revolution.

Many climate activists asked us what all of us can do to support the resistance in North-East Syria. With the experiences of life and resistance in Rojava, we answered this big and important question.

And part of this support of solidarity and commonality in the struggle for climate justice and against the war was shown on 29th November, the day of the 4th Global Climate Strike.

# “An International of Hope”

The struggle in Rojava and in Kurdistan is a common struggle of many movements and people worldwide. And a special one of these struggles is the resistance of the Zapatista movement in Mexico. On the 25th anniversary of the beginning of the resistance in Chiapas, our fallen friend and comrade S. Bager wrote a message to his friends fighting in Chiapas in which, among other things, it says: “Your struggle and our struggles are one, indivisible, part of a global revolution, which in this sense is a cultural revolution: the struggle for a different way of life.”

On their trip to Rojava, two Gilets Jaunes activists talk about their goals, and what they associate with the revolution in Rojava.

# The War is a War of Media

The war in Kurdistan is always also a war for public opinion. We call it special war when the media already anticipates the failure of the revolution, demoralises the people, thus destroying their spirit of resistance and of hope. Therefore, we want to share some pages with you, where you can get information in different languages about the developments in Rojava, Kurdistan and the defense of the revolution in Europe. 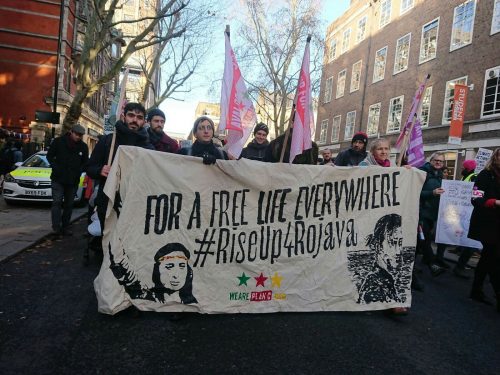 The RiseUp4Rojava campaign has become an important reference point for many people who feel connected to the Rojava revolution and who defend its achievements. Especially in the past months of the fierce attacks on Rojava, the campaign made the global solidarity with the revolution visible and united the democratic forces against Turkish fascism and the occupation of Rojava. With the first day of the war of aggression, hundreds of actions started all over the world. It was impossible to document and record them all, but we documented the first 6 weeks of resistance.
And thousands of people followed the call of RiseUp4Rojava for the global day of resistance for Rojava under the motto: “The revolution in North-East Syria will win, fascism will be crushed!

We would like to thank all those who contributed with their donations, translations, transcriptions and much more to the success of the work of the Internationalist Commune and of Make Rojava Green Again.