This 15th November 2019 mark the 82nd anniversary of the execution of Seyit Riza by the Turkish state. We wrote this article to remember him and his fight against the oppressors.

Seyit Riza (1963 – 1937) was an Alevi, Zaza-Kurdish* political leader from the Dersim region of North Kurdistan (today part of the Turkish state). He is known and remembered in the Kurdish Liberation Movement as the chieftain of the Dersim Rebellion, a military uprising that happened during the years 1937 and 1938 to protest the oppression o 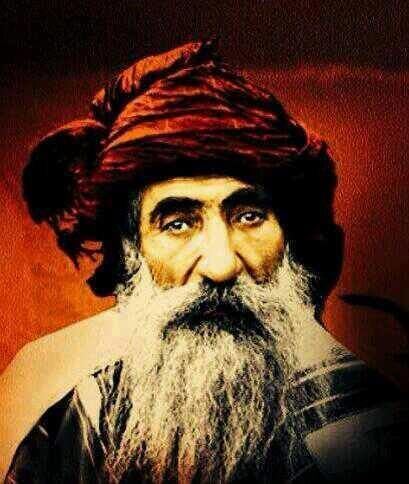 f the Kurdish people by the Turkish state. This revolt was the 27th Kurdish uprising since the creation of the Turkish State in 1923 and the last of the 20th century until the appearance of the PKK (Workers’ Party of Kurdistan) and the start of its armed struggle in 1984.

The Dersim revolt take place in the continuity of the multiple Kurdish uprisings that followed the process of the Turkish nation-state formation after the fall of the Ottoman empire. All those uprisings were caused because of the Turkicisation of the country by its first president Mustafa Kemal Ataturk. Indeed, from his accession to power in 1923 until his death in 1928, the latter pursued a repressive policy of homogenization of the country by imposing the Turkish ethnic identity in every aspect of social life: from the language that people speak in the streets to the language to be taught at schools, from the education to the industrial life, from the trade to the cadres of state officials, from the civil law to the settlement of citizens to particular regions (let’s note that this policy did not change at all and continue to live in today’s Erdogan’s policy…). Many minorities protested against it, but their revolts have all been drowned in blood.

Nevertheless, until 1936, the mountainous region of Dersim, known for its rebellious character (11 revolts had happened in the previous 40 years) had been little affected by the Turkish state’s assimilation campaigns. The Kurdish and Zaza tribes living there were rejecting the Turkish authority and also were refusing to pay any taxes. Their interference was such that Ataturk considered Dersim to be the country’s most important domestic problem.

To put an end to the Dersim’s resistance, Ataturk appointed General Abdullah Alpdoğan responsible for the region by giving him the authority to exile people if anyone would refused assimilation. To make this possible, several military observation posts were then built around Dersim and more and more Turkish soldiers were brought to the region. It is said that planes were flying over Dersim every day.

As the tension between the Turkish soldiers and the population was getting higher and higher, Seyit Reza decided to send one of his own sons to negotiate with General Alpdoğan in order to avoid a war and to protect the population and its rights. But the latter killed the emissary. In answer to the death of his son, Seyit Reza decided to call the Dersim clan leaders and, in early 1937, they joined forces to counter the Turkish attack. The first action was the attack of a police convoy.

The Turkish army, under Ataturk’s direct order, tried to break the rebels by strength and sent more than 25,000 soldiers supported by plane bombardments. But the fighters of Seyit Riza resisted fiercely and refused to surrender. They fought so hard that the Turkish army had to trick them in order to end the resistance.

In the fall of 1937, General Alpdoğan invited Seyit Riza to discuss a peace agreement. When Seyit Riza went there, he was made prisoner together with his 16-year-old son and 8 of his men. Such a treacherous action was so inconceivable in the rules of honor and tradition of the time that it is said that Seyit Riza only spitted the following words:

“Government without honor and deceitful!”

After eight days, they were all hanged. Before his hanging, Seyit Riza last words were:

“I am now 75 years old. I will fall Sehid and join the Sehids of Kurdistan. Dersim lost, but the Kurds and Kurdistan will win. The Kurdish youth will take revenge for me. Thus shall cruel men die, so shall vile and deceitful men die.”

After his death, the resistance continued for another year. But the atrocity of the repression that came down on Dersim, where men, women and children were massacred by Turkish soldiers, put an end to the rebel troops. According to official reports, more than 10,000 civilians were massacred and more than 11,000 were taken into exile, depopulating the province. Many rebels who surrendered were executed and women and children were burned alive. A total of 40,000 Kurds were killed.

After this episode, the chock was so big among the population that it put an end to the 27 consecutive Kurdish revolts of the 20th century until the emergence of the PKK and the resurgence of the resistance. Now on the occasion of the 82th birthday of his death, we commemorate Seyit Rıza and the Dersim tribal leaders, and we reiterate our promise that we will realize their aspirations for a free life in the respect of every one’s own identity, culture and belief.

*Alevi: mystical Shia Islamic branch / Zaza: ethnic group living in eastern Turkey which language is Zazaki. Considered as close to the Kurdish people and sometimes named Zaza-Kurdish people by their own words.

#ResistanceDiaries – From the defense of the Revolution