Here you can read the blog in spanish.

From 1936 in spain to 2019 in Rojava, Internationalism is still alive!

Recently, many Internationalists have come to Rojava to defend the revolution and answer the call for support of the North-Eastern Syrian people. Today as yesterday, internationalism is still alive! In 1936 more than 35,000 internationalists came to Spain to fight against fascism, today’s fascism is the one of Erdogan which is now bombing the Revolution. The battle that is happening right now in Rojava is ideological, it is fascism against freedom.

In the Spanish State, a blog called Buen Camino has been created, where the voices of the internationalists who have decided to join the revolution in Rojava can be heard.

Why “Buen Camino”? Buen Camino is a farewell expression litteraly meaning “Good Path / Good Walk”. It is the slogan that appeared on the banners that the people of Barcelona erected in October 1938 in the streets of the city, to bid farewell to the international brigadistas who came to the Spanish lands to join the fight against fascism. Then on the 28th October of 1938 in Barcelona, a great tribute was paid to the International Brigades: Dolores Ibarruri, also named “Pasionaria”, gave a historic speech:

“For the first time in the history of the struggles of the people there has been the spectacle, astonishing for its greatness, of the formation of the International Brigades to help save the freedom and independence of a threatened country, our Spain.

Communists, socialists, anarchists, republicans, men of different colours, of different ideology, of antagonistic religions, but all of them deeply loving freedom and justice, came to offer themselves to us unconditionally.

They gave us everything; their youth or their maturity or their experience; their blood and their life, their hopes and their yearnings… And they asked us for nothing. In other words, yes: they wanted a place in the struggle, they longed for the honor of dying for us.

They abandoned everything: affection, country, home, fortune, mother, wife, brothers, children and they came to us to say: “Here we are”! Your cause, the cause of Spain is our own cause, it is the cause of all advanced and progressive humanity“.

Despite the fact that the dictator Franco won the Spanish civil war at the end, the memory of those great fighters is still alive, the revolutionaries of the Spanish state cannot forget the thousands of people who came to give their lives for the freedom of the Spanish people. And that still today, unfortunately, many are still buried in the ditches and have not had a dignified funeral. 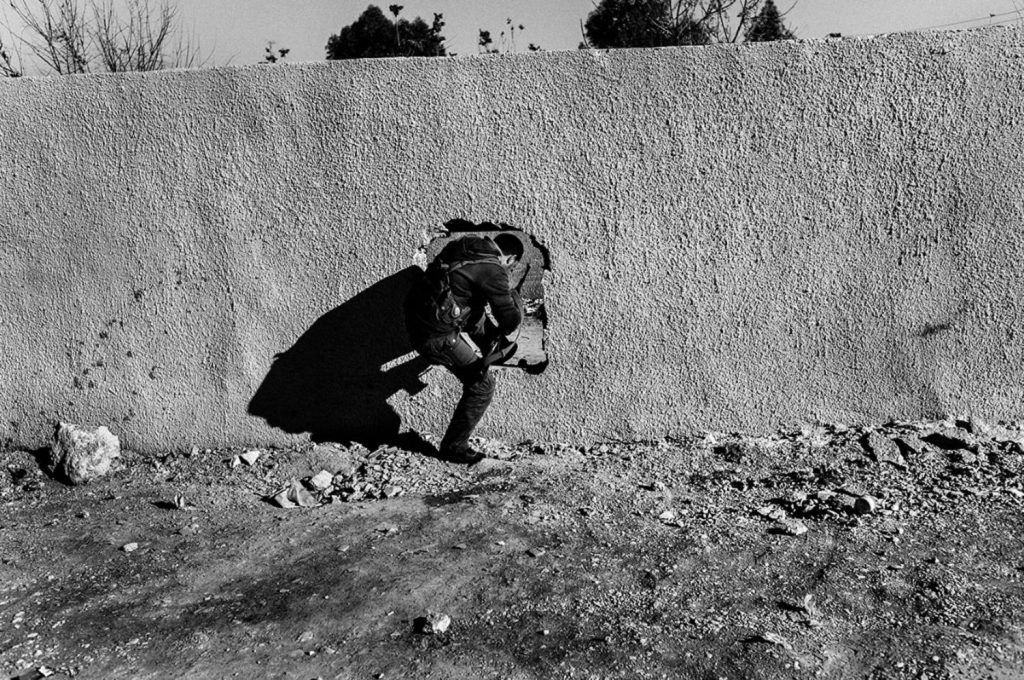 Today, 81 years after the march of the International Brigades, a Catalan internationalist friend now in Rojava expresses what made him come to Rojava to denfend this revolution:

“The words of the appeal come to mind, and there is a knot in my stomach:

“Come to Rojava… defend the revolution…”.

It’s been over a month. More than a month has passed since Turkish President Erdogan gave the order to attack the autonomous area of North-Eastern Syria, which the Kurds know as Rojava (‘West’, in reference to the western part of the historic territory of Kurdistan). More than a month looking at images of bodies blown up by bombs, children burned with phosphorus and vans full of families fleeing their homes with their clothes on, trying to be safe from the hordes of jihadists protected by NATO planes. The dream in act of a real alternative, one of the few processes of social emancipation really existing in our time, delivered to the fascist butchers before our eyes.

Come to Rojava… defend the revolution…”

A comrade, a message in Signal:

I have vertigo, but there’s one thing that reassures me. I know there are many of us. Preparing the backpack, following maps, calculating routes and times. Pondering, fighting with our doubts and fears. From many countries and many different political tendencies. Nothing to do with the 35,000 volunteers of the International Brigades we met in the books. We have neither the mass organizations that made them possible, nor the deep and generalized conviction that after the final struggle the old program of total emancipation, equal and fraternal, would be imposed worldwide.

But we have been made in another mold, of another paste. How can we live up to such a call? We, who grew up in ruins. We, who can barely pronounce the word revolution, without at the same time feeling a certain shame. That we did not have the words, nor the horizons, that we were educated in the lack of hope and cynicism: nothing true enough to surrender without reservations, nothing real enough to break with the possible. Revolutionaries in inverted commas, revolutionaries in the time that has decreted the cancellation – by anachronism – of every possible revolution… perhaps with the unavowable aim of preventing it?

And yet we insist. We search through the ruins, we trace the furrows of history, we try to get rid of our lack of confidence and our disbelief. To join forces and to understand, to become aware. We know that what is at stake in the north of Syria is not only the Turkish state project of ethnic cleansing , but the clash between two worlds. A world that is sinking, dragging us all along with it, and a different world, which is ours. The irruption in the center of the collective life of the dispossessed, of women, of the plebeian and subproletariat classes, of the diverse peoples, with all their languages, rites and colors. A place in which to have voice, bread, land, peace… a place where people are not afraid to bring their children, but joy. A new hope from the old dream, from the old program.

Today this world resists in a corner of the Middle East, surrounded by enemy powers and abandoned to its fate by the hypocritical complicity of the “International Community”, while the public watches live the sinister spectacle of a new massacre. And in the meantime, a circulating appeal, which comes from afar:

“Come to Rojava… defend the revolution…”