Through two short texts a comrade of the Internationalist Commune tells those two cities through his own experience there.

1. Colonization and stolen history – The stolen brothers of Kobane.
2. After war and death, the liberation of life and of women – The women council of Raqqa.

1. Colonization and stolen history – The stolen brothers of Kobane: 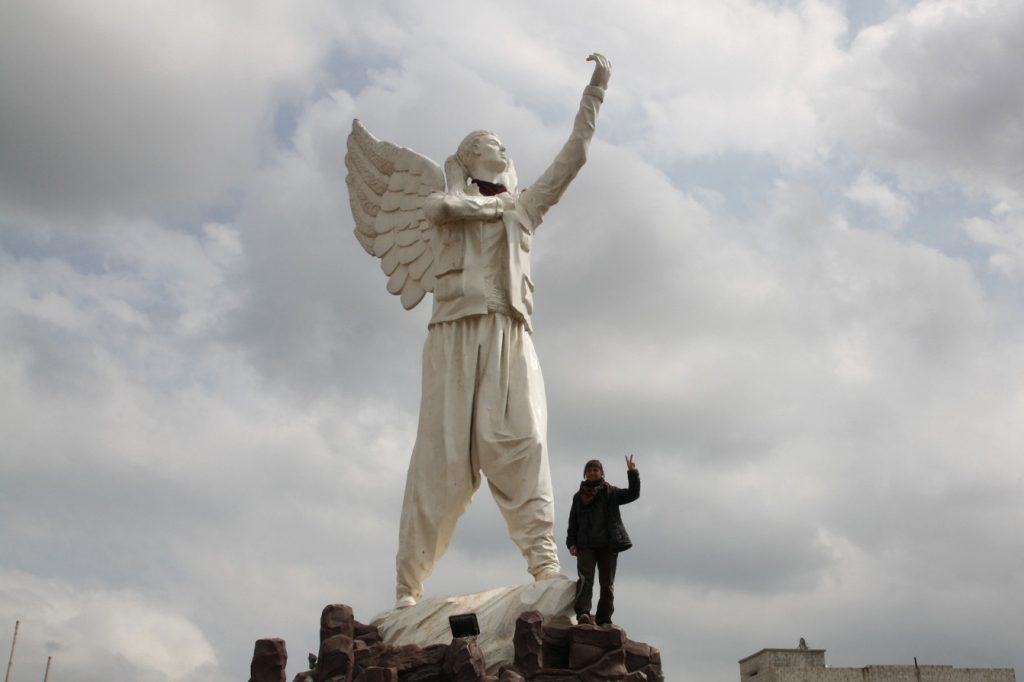 Mezopotamia, cradle of civilizations, is covered by historical sites and relics. From the first settling sites of nomad tribes dating back to more than 10’000 years before present to the castles of the empires that followed, so much has still to be discovered and understood. This fertile land, on the crossroad of Africa, Asia and Europe saw the best and the worse of what humanity created: on the one hand, it saw the creation of knowledge and of so many great revolutions in human history (beginning of agriculture, of writing, etc.), but also has been the theater of so much war and invasions. 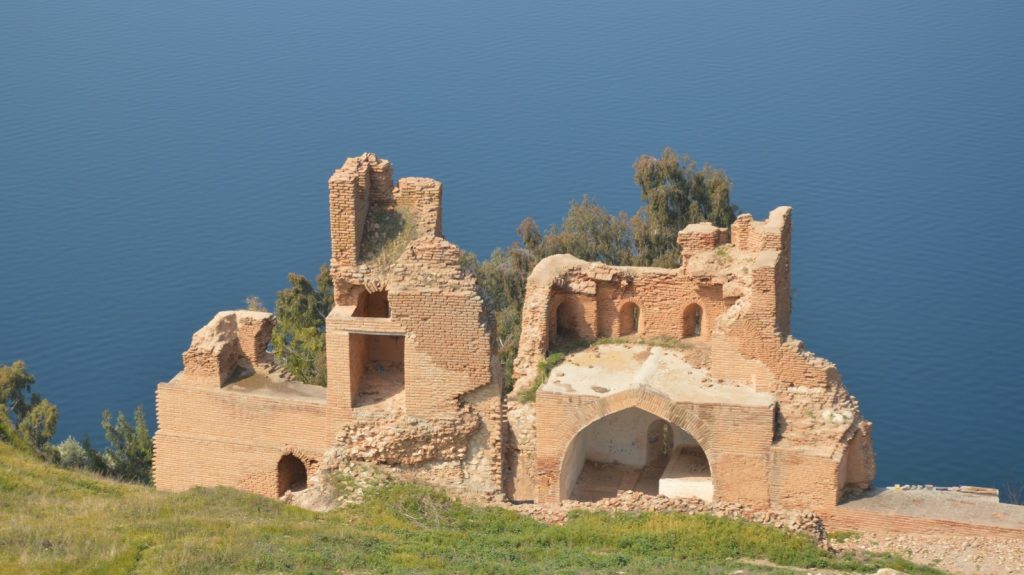 North-Eastern Syria has a long history of invasions and of being colonized which left scars and traces in its history till today. Through wars and sacking but also through the colonial approach of some European archaeologists, historical monuments have been hugely damaged and many pieces of history have been stolen. The case of Kobane illustrates that reality: two beautiful sculptures of lions facing each others existed there. They were the trace of the Ashur civilization, but now one stands in the Louvre in Paris thanks to the colonialism of the so called “nation of the human right”.

The other one is today standing in Damas. But what is the link between colonialism and Damas? Some will say that it belongs to the same country, but if you analyze the history of the region you will see that the Kurdish people never left the situation of colonized people. After the liberation of the french control the Arabic unitary power of the Baath Party took place, refusing until today the existence of the Kurdish identity and their history. As the French did, the Syrian Nation-State, stole the history of the Kurdish regions to centralize them in their museums. 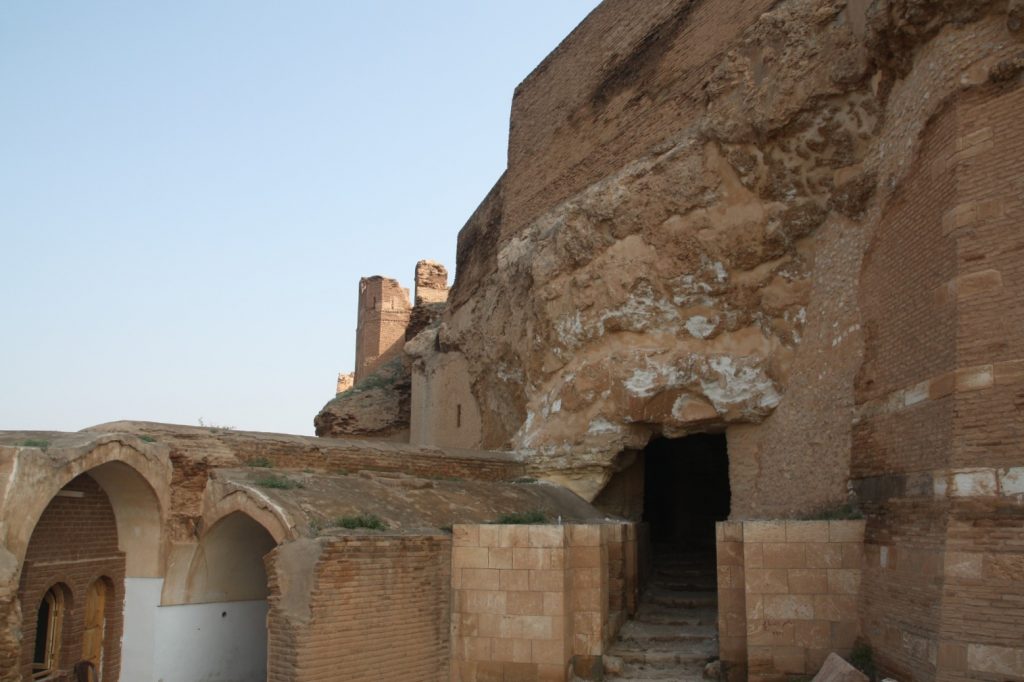 ywhere in the world, the museums of the nation-states are full of the artifacts of the oppressed of this world. Some people nowadays are asking the return of their history, but the price of this looting is not only monetary. Through the colonial robbery the process of assimilation was reinforced. “Keep people from their history and they are easily controlled” said Marx. In Syria, this process has not stopped, like today, as DAESH was and is still stealing the historical remainings of Rojava and Afrin and selling them through Turkey in the black market.

In Kobane nowadays, as an effect of this painful history, the locals don’t want to say to archaeologists where stand the relics of different civilizations still existing in the region by fear to be stolen one more time. As it was told to us by some of our Kurdish friends, just near Kobane, they have serious reasons to believe that 4 different sites dating of the Assyrian civilization still remain. This situation is not exceptional, all around the Mesopotamia the situation is similar. But today, the land and its history has to be given back to its people. A lot of archaeological work need to be done, but for and by the locals and local universities. The democratic civilization is rooted in this land and, as the Revolution appeared, the region will see its reborn.

2. After war and death, the liberation of life and of women – The women council of Raqqa: 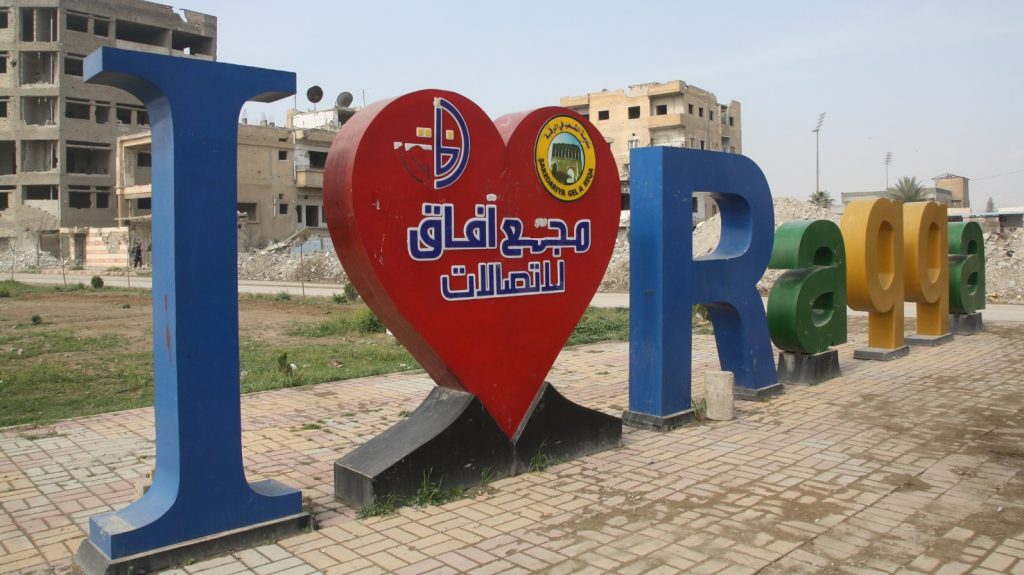 We went to visit the women council of Raqqa – one of the institution of the Self-Administration – in the old capital of the Islamic state. Being in this city, was an intense moment as the traces of the war were still present and as the city is still accusing the threat of some DAESH sleeping cells. When we arrived, the entrance of the building was protected by some grand father. We entered and where brought to a central room decorated with some old paintings and pictures of women who gave their lives to liberate the city and some others who were killed promoting the freedom of women.

Coming from Europe, this institution was not fitting to the seriousness and austere atmosphere of some of ours administration buildings. It was full of life and a lot of 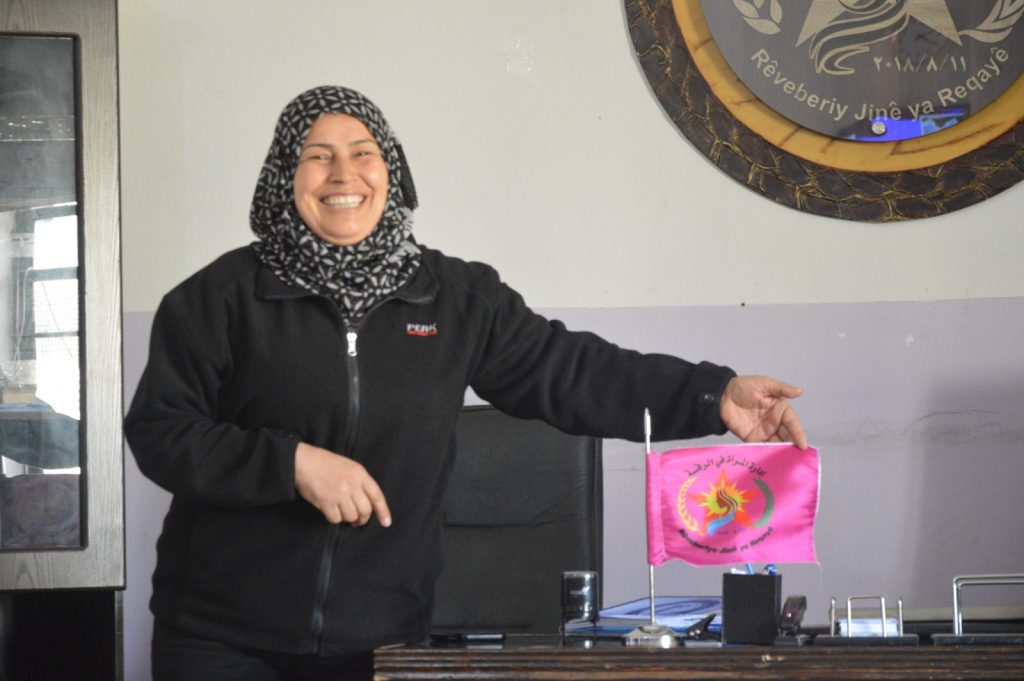 people were there chatting, laughing and working. We got welcomed by the president of the Women council of Raqqa. She explained us her role and the one of the women structures of the city: they are working as independent and parallel structures in every institution and every level of the city. In each institution (health, security, municipality, etc.) the women point of view is promoted in the respective topics and the women can intervene to stop any political decision if they think it is going against the freedom of women. But in her point of view the most important part of the work she is doing is empowering the people of her institution to make them able to change the life of the different women of the city. 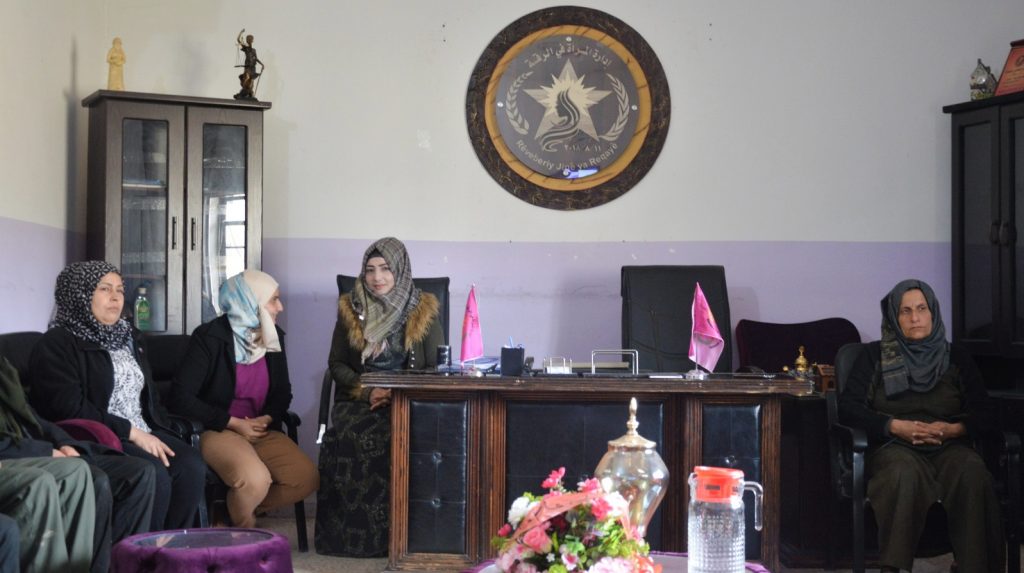 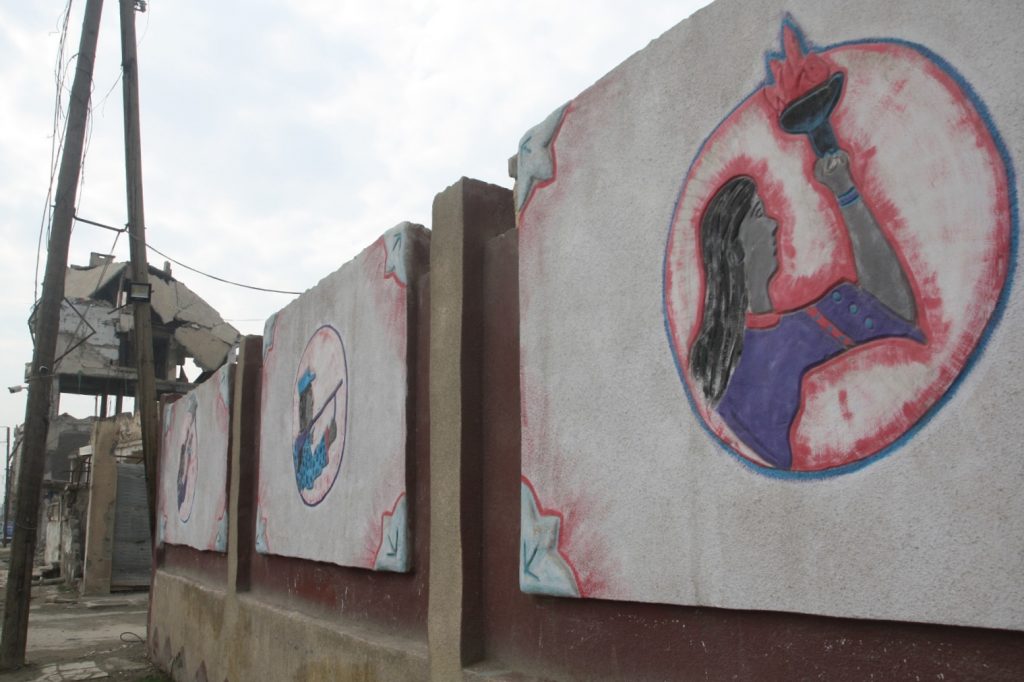 The city works in the same way than the rest of the Autonomous-Administration of North-Eastern Syria, by focusing on the neighborhoods and their demands and needs. As women council, their task is to coordinate the different local women assembly and creating new structures to promote the self-organization of the women. They are also making campaigns to prevent underage marriage, domestic violence and promote the independence of women. They notably built non-mix places to welcome different women who don’t have a place to stay or women who are facing violence. They welcome them freely and they can stay the time they need.

The method of this administration to overcome the difficulty of the situation is exemplary. In their difficult situation they try to open the dialogue and speak to the people, to convince them, to teach why and how this way of doing things have to be overcome. They go house by house, neighborhood by neighborhood, to spread an other way of living. The number of women structure in the city is impressing and one of their main focus is teaching, they offer different educations to this local committee.

Through history till today, both Raqqa and Kobane went through dark times of colonization, massacres and oppression. But today, the life is coming back and the values of freedom and of the liberation of women are spreading through streets and and houses, from individuals to the society and another world is in its way to be created.

Gallery: Free Ocalan! Free them all!

The Autonomous Administration and Responses to Crisis