Yesterday, as it is the tradition all over Kurdistan and over the world in the Kurdish diaspora and other internationalist revolutionary groups, we celebrated the 71st anniversary of Abdullah Ocalan by planting 71 trees at the Internationalist Commune site. But this day represents much more than just the celebration of Ocalan’s birthday. What is the meaning of this celebration and what does it represents for us internationalist?

Celebrating a great revolutionary, a socialist leader and a central Mesopotamian philosopher.

Abdullah Ocalan, since 21 years in quasi isolation in Turkish prison, is one of the most prominent thinker of the Kurdish Freedom Movement as well as the inspiration of the democratic, feminist and ecologic revolution of Rojava. By founding the Kurdistan Worker’s Party (PKK) in 1978, he put an end to years of oppression and denial of the Kurdish people*. For an entire nation, the start of the resistance and of the guerrilla struggle allowed them to again learn and speak their language, express their culture and to recover their identity.

The Kurdish Freedom Movement started first as a socialist national liberation struggle aiming at the construction of a Kurdish Nation-State, but then evolved in the late 90s under the influence of Ocalan and adopted democratic confederalism as its new ideology in the beginning of the 21st century. This new paradigm, on which is based the Rojava Revolution, is not anymore only addressing the Kurdish nation, but sought to propose a democratic solution to the “Kurdish Question” that would not only free the Kurdish people but also establish a harmonious relationship between Turks and Kurds and more largely among all peoples of the Middle East. Since this shift, Arabic, Turkish and Persian people as well as internationalists from all over the world joined the movement and consider him as their ideological leader.

As internationalists learning, supporting and organizing in Rojava, we therefore celebrate a great revolutionary and an inspiring socialist figure, but as well one of the most inspiring philosopher of the 21st century. Ocalan’s ideology, through the recent spreading of the ideas of the Rojava Revolution, became a great example and a source of hope for revolutionaries world-wide. Some say that his ideas mostly come from the municipalist theories of Murray Bookchin as well as from communist or anarchist movements. And it is true in the sense that his work is a synthesis of lots of socialist, ecologist, feminist, national liberation, anti-capitalist, etc. movements. But his strength lies in his ability to take good bits in all those currents, and to be able to bring them together. Furthermore, he was able to talk to an everyday larger and diverse public, federating people and building one of the biggest socialist organizations of our century capable of challenging capitalist modernity. He brought theory to practice and, by showing the way through his own political engagement, became an example of what could be a true revolutionary way. His writings, because they propose a democratic, feminist and ecologic solution to the problems of our present time, can be a base for a new wave of international socialist revolution. 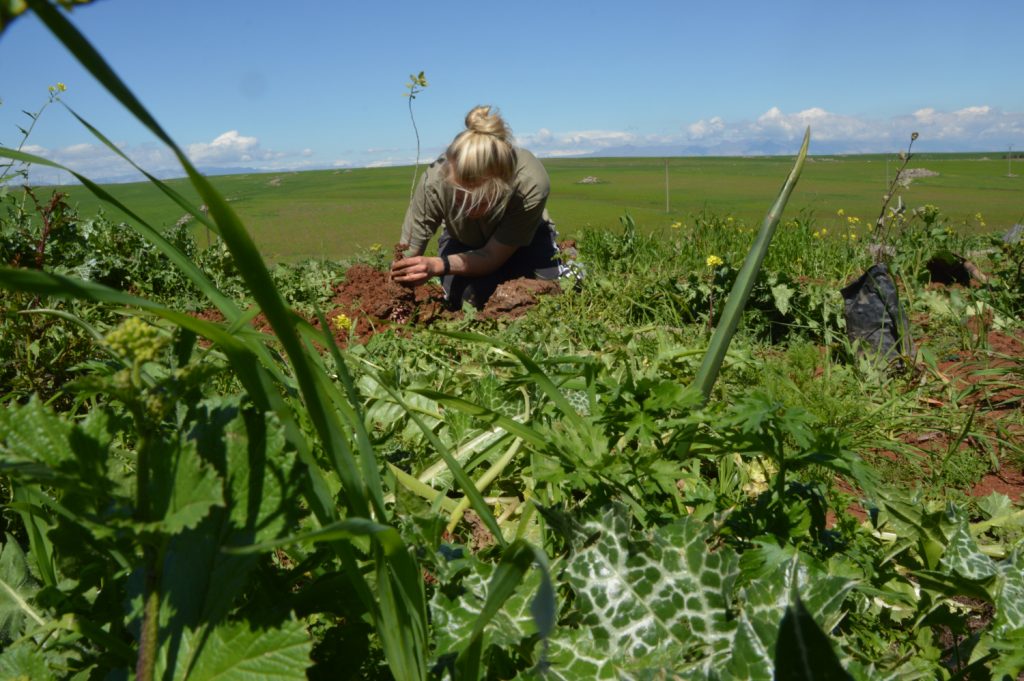 “In Öcalan’s spirit, we believe that we can turn this moment into the momentum necessary to imagine more radical and meaningful horizons than what capitalist modernity has to offer. In this sense, celebrating his birthday means appreciating his person through his ideas and proposals through creativity, collectivity and solidarity.”
International initiative, Freedom for Öcalan

The 4th of April is not only the celebration of a great revolutionary, but the celebration of his ideas and the celebration of the fight for freedom. In his analysis of history, Ocalan shows that since the first civilizations and empires and the start of the oppression of a minority of humans over the others (and over nature and women), also exists an uninterrupted historical line of resistance and of the fight for freedom. The Kurdish Freedom Movement therefore sees itself as inheritor of this progressive line and celebrate this historical heritage and the revolutionaries from all around the world. The 4th of April is in this way celebrating the Kurdish struggle for freedom, but also our history of resistance. It is as well a celebration of all of us, as people who fight for a better future. It represents a new revolutionary start and the continuation of the fight. As a symbol of this, the trees who are traditionally planted on this day represent both the life and its renewal.

In this way we wish you all a successful revolutionary day!
Rojbuna Serokatî ji we re piroz be!

*The Kurdish nation, with its 30 to 45 million people is the largest ethnic group without its own territory. Split in 4 different countries (Turkey, Iran, Iraq and Syria) at the end of the Ist World War and the dismantlement of the Ottoman Empire, their identity, their language and their culture have been denied and forbidden in all of those. Since then, they experienced oppression and assimilation politics. Kurdish uprisings started in all 4 countries at the beginning of the 20th century, but all were repressed in blood and massacres. The last uprising happened in Dersim in the occupied Kurdish area of Bakûr (Turkey) in 1936, but the repression by the newly founded Turkish state have been so strong that it ended the series of 27 uprisings and broke the Kurdish fight for freedom for more than 40 years till the foundation of the Kurdistan Worker’s Party in 1978 and the renewal of the resistance.

It´s A Small World- Internationalism In Our Time